MIA LAYZELL is a final year B.A student at Winchester School of Art, specialising in Knitwear.
Here she reminisces on her 3 month stint in the knit studio at Marc Jacobs in New York, outlining the reality of living in the ‘Big Apple’ and her highs and lows, as well as sharing her advice on making the most of an internship…

It’s so exciting that you’ve done an internship at Marc Jacobs, congratulations on that!
How did you actually get the internship?

Thank you! It still hasn’t really sunk in yet to be honest!
It started off with my tutor (Lisa Burn-Hunter, Senior Teaching Fellow for Knitwear & Textiles at Winchester School of Art) mentioning, very blasé in passing “If you ever want to do an internship just let me know… maybe for Marc Jacobs… in New York”. I kind of just brushed it off thinking “Yeah, right, good one Lisa”, but then a few days later after a workshop, she approached me again and asked me if I had thought about applying for the internship, and that’s when I realised she wasn’t joking!

Lisa has been friends with the Creative Director there for a long time, so she gave me his email address and I put together a portfolio and CV and emailed them over to him. It was passed on to the knitwear team and they said they loved it and thought I would be a great match, so we scheduled an interview!

It took a while to get an interview because half of the knitwear team are always on the move, flying between Italy, France and the US, but I eventually had my interview over Skype with the two runway knitwear designers and it was really quick and relaxed. I had prepared myself to be bombarded with intimidating and difficult questions, but they basically just asked me a little about myself and asked when I could start! I had some portfolio boards ready to show them too, just in case, but I didn’t need those either.

The difficult part of the whole recruitment process was getting the visa – by the time I had officially been given my offer, I only had a matter of weeks to get my visa together, which to anyone unacquainted with the US visa system (like I was at the time), is a very lengthy and expensive process. It was a bit touch-and-go at one point, but I managed to get the visa in time, and also raised some money through friends and family, which I am still so grateful for. Without their help I definitely would not have been able to get there.

Can you tell us a little about your role and remit? What were your responsibilities?

When I first arrived, it was a couple of weeks before the AW19 show for NYFW so I was definitely dropped into the thick of it, but I’ve never had so much fun! The runway knitwear for that season was made in Italy, so for most of the run up to the show we were helping the other departments while we waited for the knitwear to arrive.

“I helped create embellishments, dyed fabrics and feathers, and when the knitwear finally arrived the day before the show, we spent hours brushing out the sweaters and sewing on hundreds of Swarovski crystals.”

After the chaos of the show, I worked a lot more on the pre-fall collection and the “THE” Marc Jacobs launch which was really interesting to see behind the scenes of. It included a lot more of visiting the huge vintage archive of garments that they have for research, designing and photoshopping, making technical spec drawings, researching imagery etc. I only did a little hand knitting while I was there and I definitely missed using the machines, but it was just so fascinating to see a whole new side of the process, which I am really thankful for.

How long were you there for, and did you get paid?

I was there for 3 months, which I definitely don’t think was long enough but unfortunately that’s the longest the knitwear team can offer, and I honestly don’t think I would have been able to afford it for much longer. I did get paid, thank God, $15 an hour, and we got more if we worked over 40 hours a week, which we often did, haha! It sounds like a lot but when you’re paying around $1,600 a month in rent (as well as rent back home at the same time), it can run out pretty quickly.

The studio definitely looked after us though; during the show period, we would get dinner provided for us and they would pay for our Uber home after a certain time of night to make sure we got back safely. 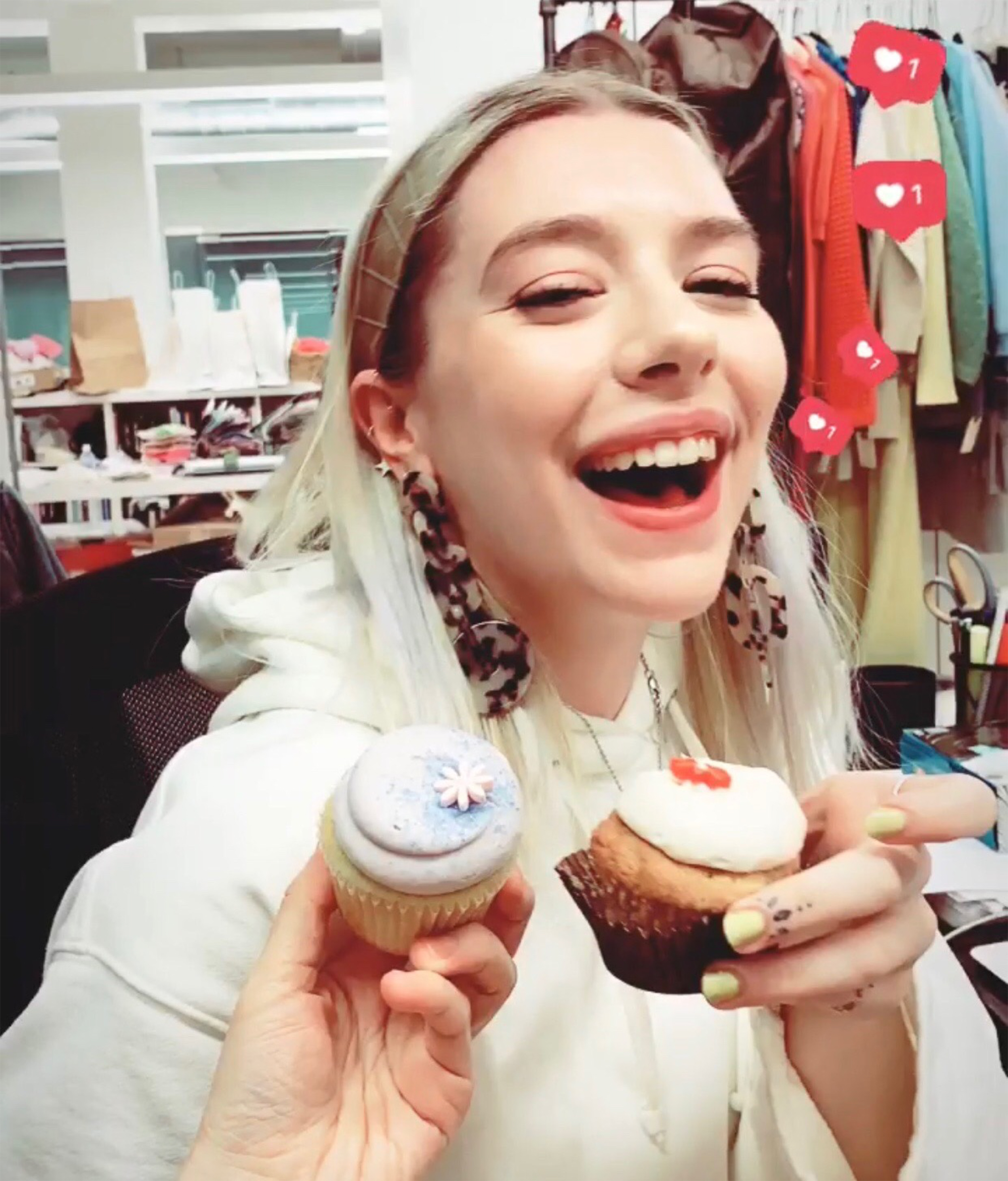 How did you find accommodation, and what was being in NY like?

I found my accommodation through the recommendations of a few people that had stayed there in the past. I stayed at an all-girls dorm-style accommodation called The Webster Apartments. I’d definitely recommend it to anyone that has never been to New York City before, because it’s right in the centre of Manhattan on 34th Street, which makes it so easy to get around, and it’s a good way to make some friends while you’re there. However, I would say that if I was to go back to NYC to work again, I would find an apartment share, possibly somewhere just outside Manhattan in Brooklyn, because it would be a lot more affordable and you’d get a bit more space to yourself and be able to cook for yourself. Just being in NYC was very surreal for me from start to finish. I would often have to remind myself that it was real and that I hadn’t just made up this elaborate daydream in my head.

There is always something to do there, and I made it my mission to have the most fun possible without breaking the bank, so I visited every free exhibition I could find, and even went and got myself a New York Public Library card to get discounts for places like the Met and the Guggenheim, which was well worth it. The phrase “the city that never sleeps” is definitely true; it’s the loudest and busiest places I’ve ever been – even at 4am the streets and subways are still busy, but it would have felt strange if it had been any other way! 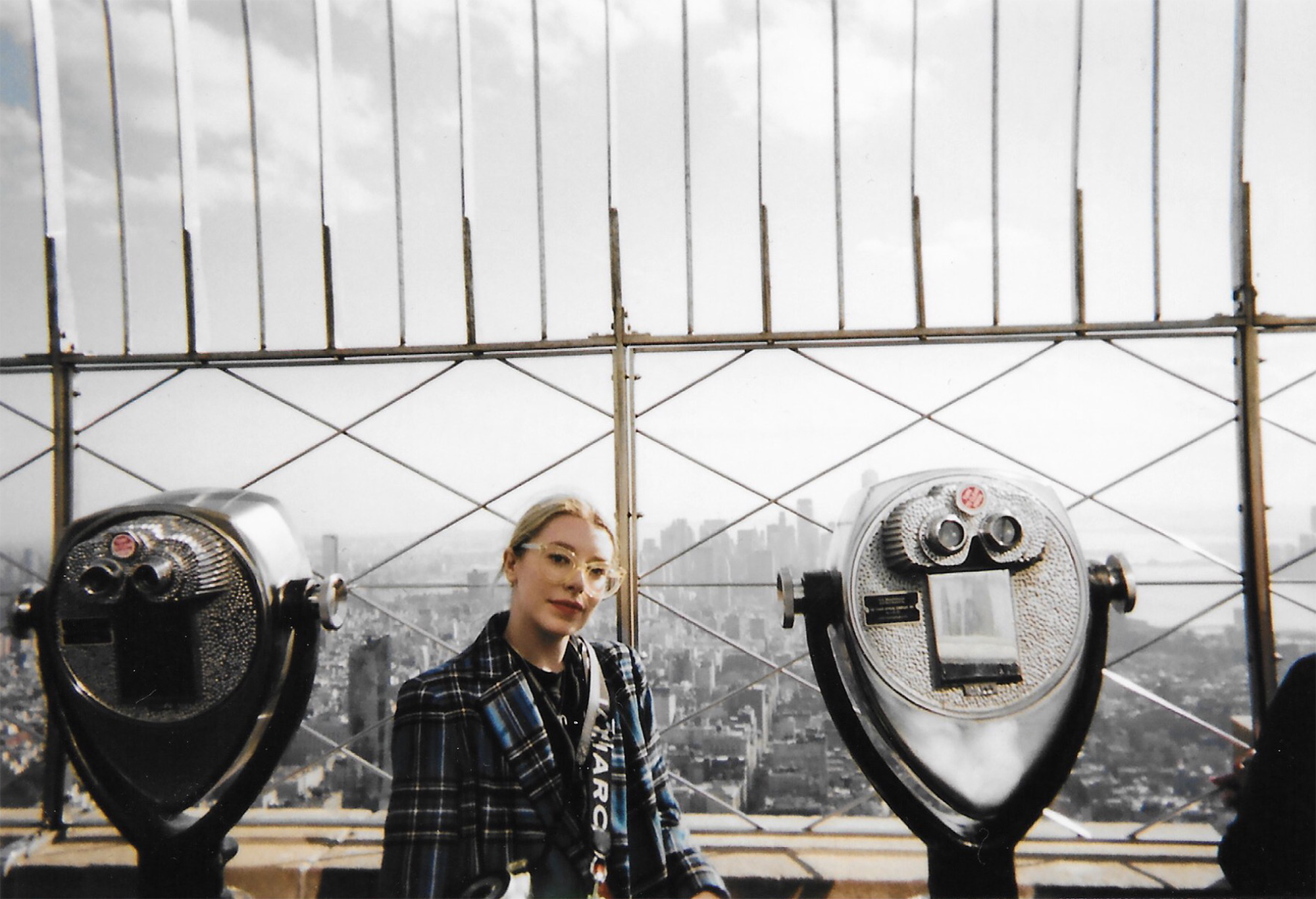 Was being an intern in a major brand as you expected/anticipated?

“To be honest, it was completely different to what I expected. I had heard horror stories from fellow creatives working for other brands where they were treated like crap and just sent to get coffee every day, or made to pick up the office dog’s poo, with little to no actual creative work.”

Everyone at Marc was so friendly and welcoming and I was treated as part of the team, being asked my opinion on designs and being properly involved, it felt like a little family. Being able to put my own ideas forward and for them to be welcomed and appreciated was really rewarding and something I never thought I’d be able to do there as an intern. I also didn’t expect every team to work so closely together and I certainly didn’t expect Marc himself to work so closely with the team or to even be in the office at all! He’s so genuine, and being able to see exactly how he works, the processes and the influences, was so comforting and inspiring. He wished me luck with the future on my last day which was really sweet.

What were the best/worst aspects?

The best part about my whole time at Marc was simply being able to do what I love all day, every day. Even when we worked between 80 & 90 hours a week running up to the show, it honestly didn’t phase me at all, because I was loving every minute of it and just felt so privileged to be there. And to be doing what I love in a place like New York was just the cherry on top of the cake.

With multiple interns in each department, I got to meet some incredible, talented people who I’ve stayed in touch with and who I’d love to work with in the future. And obviously being invited to the sample sales was a nice little bonus! I would say the only downside to the whole experience was how expensive it was. I’ve been working full time all summer and I’m still not quite out of my overdraft yet, but I am still so glad I took up the offer and I wouldn’t use that as a reason not to go back.

What advice would you give others who are looking for internships or who are already on internships?

If you are looking for internships, I would say don’t just limit yourself to the brands that are advertising for interns. A lot of places have enough people approaching them that they don’t need to advertise, or they have agreements with certain universities, but it doesn’t mean they won’t accept other people! I would also say to not be afraid to apply to a certain brand because you think they won’t hire you.

I never thought in a million years that I would be interning at Marc Jacobs, but all it took was for someone else to put the idea in my head. Plus, the worst that can happen is they say no… so what do you have to lose? I would also definitely consider doing an internship abroad, like in the US for example; it might be expensive to get out there to begin with, but you are almost certainly going to be getting paid which makes it so much more feasible. I would say for me, it was more affordable in the end to do a paid internship abroad, than it would have been to do an unpaid internship in London.

If you’re already on an internship, my advice would be to always be ‘up for’ everything, even if you get given a task that seems menial, remember where you are and the opportunity you’ve been given and take the time to make it worthwhile and learn something from it.

For example, I was given the task of sorting through an entire closet of knitted samples which at first sounded like the most boring job in the world, but I ended up learning how to identify countless different knit techniques really quickly, which is a skill I know will help me throughout my career, so in reality it was invaluable.
Saying that, there are some brands that will try and take advantage of you, so don’t be afraid to speak to your tutors if you’re having a bad experience!

WHAT IT’S LIKE TO BE: A FINAL YEAR FASHION STUDENT DURING A PANDEMIC